The series will be based on OGRE version 1.8.1 and start from the samples in OGRE SDK. The short-term goal is to realize the OGRE architecture, low-level implementation, and the supported graphics specification. The mid-term goal is to develop a personal project based on this engine.

The architecture of OGRE v1.8.1 SampleBrowser 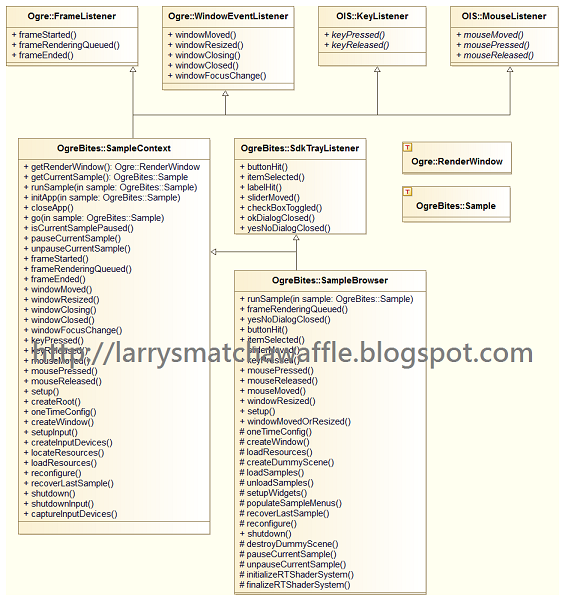 The entry function of OGRE SDK samples is OgreBites::SampleBrowser::go, which dynamically links to SampleContext::go.

When I was running the SampleBrowser project, it happened that an exception was thrown. After tracing down, I found the problem was in the OgreMain module, so I decided to build the OgreMain module by myself with the OGRE source ogre_src_v1-8-1_1. The building was pretty troublesome, including:

So far the problem of throwing exception could be reproduced. After fixing the problem, the single SampleBrowser project was also completed. Here are some notes when I was working on the above tasks:

Here is the architecture of OGRE samples for future reference. 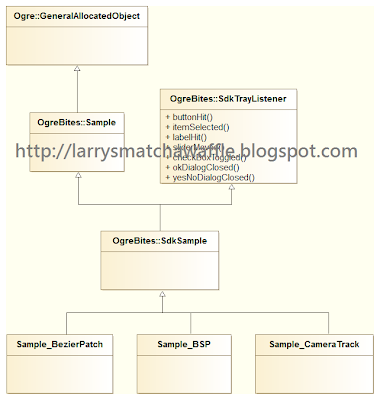 The relationship between SampleBrowser and Sample is executable-plugin, and the interfaces are OgreBites::SamplePlugin and OgreBites::Sample (nothing to do with SdkSample, Sample_xxx). SamplePlugin is for install/uninstall related jobs; Sample is for general graphics engine jobs, including loading resources, scene management, renderer setting, camera setting, etc.